Rights in their eyes

‘Rights in their Eyes’ is a touring art exhibition presented by the Ombudsman for Children’s Office with the winners of the 2017 Texaco Children’s Art Competition.  As part of the 25th Anniversary celebrations of Ireland’s ratification of the UN Convention on the Rights of the Child, the office invited seven young artists to choose a right and express their response to it by creating a new piece of art.

We wanted to offer them the opportunity to express their views on what it is like to be a child or young adult growing up in Ireland today. The young artists who contributed work are: Lucy Deegan, Meabh Scahill, Amy Zhao, Ava Henson, Noah James Flynn, Eibhlin Murphy and James Wellwood. The exhibition opened in September 2017 at the RHA Gallery, Dublin and you can hear a selection of the artists talking about their work in the highlights video.

The exhibition is touring throughout the 25th Anniversary year to children's hospital's including Temple Street Hospital, Our Lady's Hospital Crumlin and the National Children's Hospital in Tallaght. 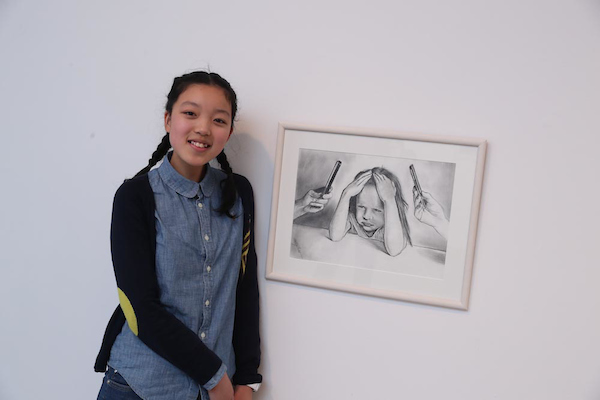 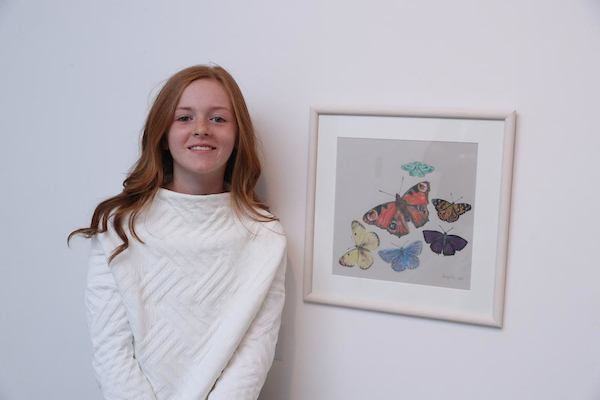 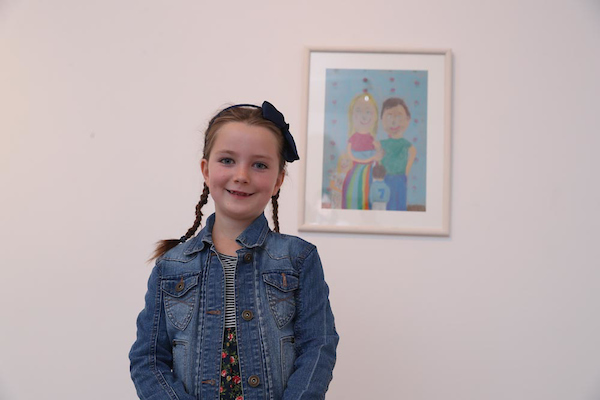 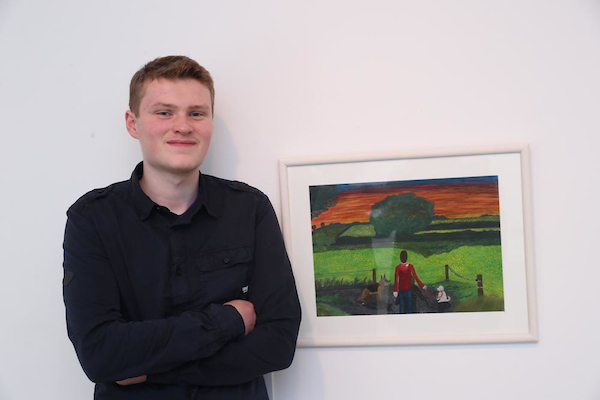 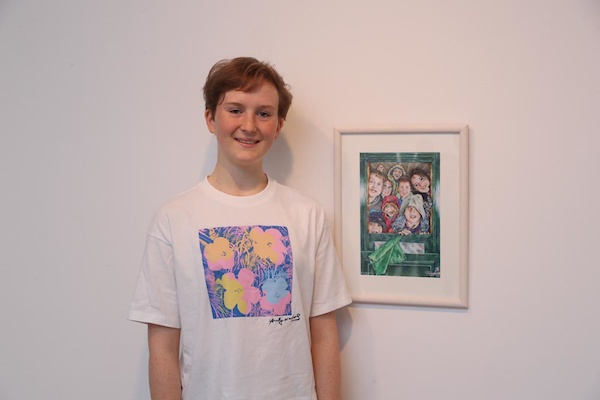 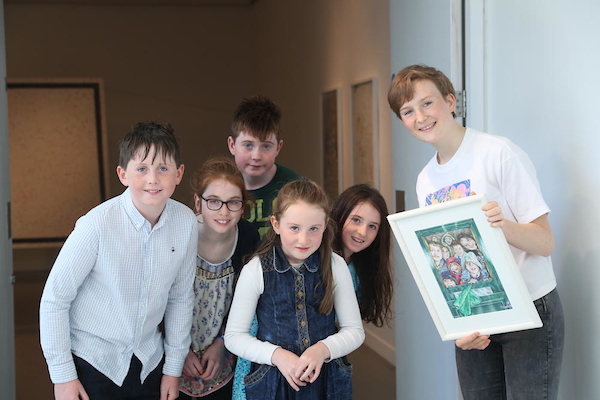 Lucy Deegan along with her friends who featured in her piece. 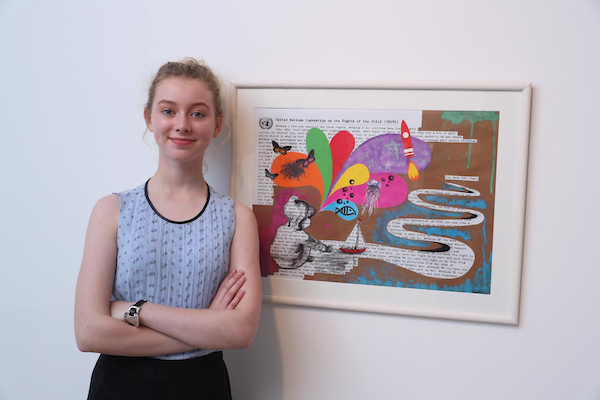 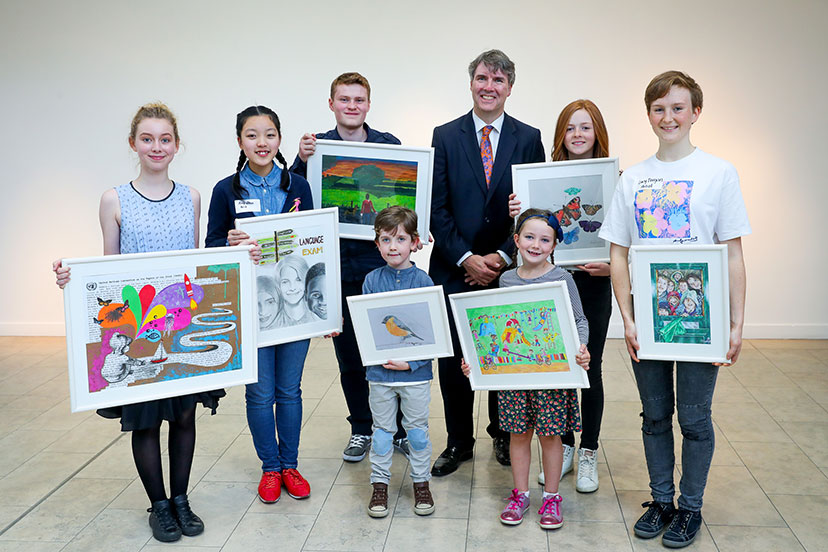 All of the winners with Ombudsman for Children, Dr Niall Muldoon.

Get animated about rights

To celebrate the 25th Anniversary of Ireland’s Ratification of the UN Convention on the Rights of the Child, the OCO teamed up with Ireland’s top animators on a unique national animation competition. We invited children and young people across Ireland to create an image of the children’s right that inspired them or which they felt was important to Irish children today.

Five winning artworks were chosen out of hundreds of entries by our judges from Cartoon Saloon, Kavaleer Productions, Mooshku and PINKKONG studios to be turned into animations Winners received a special 'behind the scenes' tour of Brown Bag Studios on 17th September 2018.

Thanks to everyone who took part and special Congratulations to our winners Aoibhinn Traynor, Fernando Torrente, Annie Fergus, Myla Sirvyte and Katie O'Shaghnessy Larkin for their creativity and imagination and well done to the teachers and supporters in the background - remember we all have a role to play in helping children and young people realise their true potential.

Here are the winning drawings with the animations which were inspired by them - Thanks to Nora Twomey, Aidan McAteer, Aoife Doyle, Carol Freeman and Billie de Buitlear for their brilliant animations! We love them, we hope you do too! 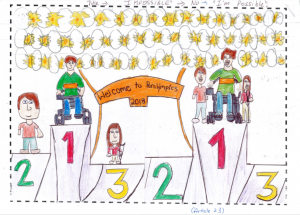 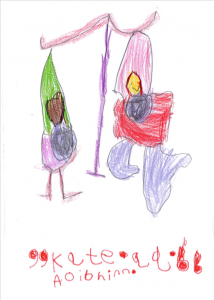 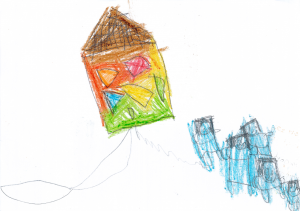 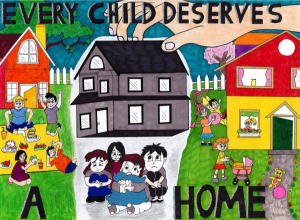 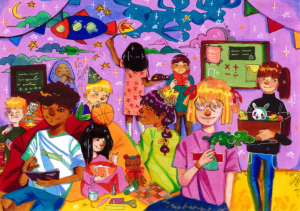 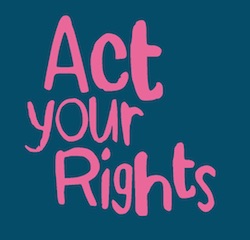 This online resource is a joint collaboration between the Ombudsman for Children’s Office and the Abbey Theatre. Act Your Rights aims to help children to become more aware of their rights and explore how rights are reflected in their everyday lives. It offers an innovative and enjoyable way to talk about rights with 4-6thclass students through discussion, drama and art activities.

The resource consists of 5 sessions (2 rights sessions and 3 drama sessions) with downloadable activities/worksheets.

We have provided Guidance for Teachers including general ‘comments and tips from Teachers’ and also ‘Drama tips for Teachers’ if you decide to do the ‘Make an Act Your Rights drama’.

To further enhance the delivery of the resource, the Abbey Theatre can provide contact details for theatre facilitators nationwide who can deliver part/all of the drama-based activities.

If you have any questions regarding Act Your Rights or require further information, please contact the Education and Participation team on (01) 8656800.

To mark the 25th Anniversary of Ireland’s Ratification of the UN Convention on the Rights of the Child, the OCO has developed a range of new free online resources for educators to engage young people with rights in innovative and creative ways.

The ‘Rights Museum’ resource invites 1st-4th year CSPE, Art, History, Politics & Society to explore the UNCRC and to choose and curate objects which represent rights of their choice to exhibit and share in a pop-up ‘Rights Museum’ in their school or local community.

The Rights Museum resource was piloted with Larkin Community College, Dublin from September 2017 to March 2018 - led by Collapsing Horse Theatre and culminated in an exhibition at the National Museum, Collins Barracks attended by the Minister for Education Richard Bruton, Ombudsman for Children Dr Niall Muldoon and Director of the National Museum Dr Raghnall O’Floinn.

For educators, the resource offers a unique approach to rights conversations with students, deepening their awareness of the UNCRC and their ‘rights in reality’ and it offers young people a unique way to explore their own personal story and history through objects of their own choice.

The video gives a flavour of the pilot Rights Museum and the resource (online soon) provides details of how you can make your own Rights Museum. 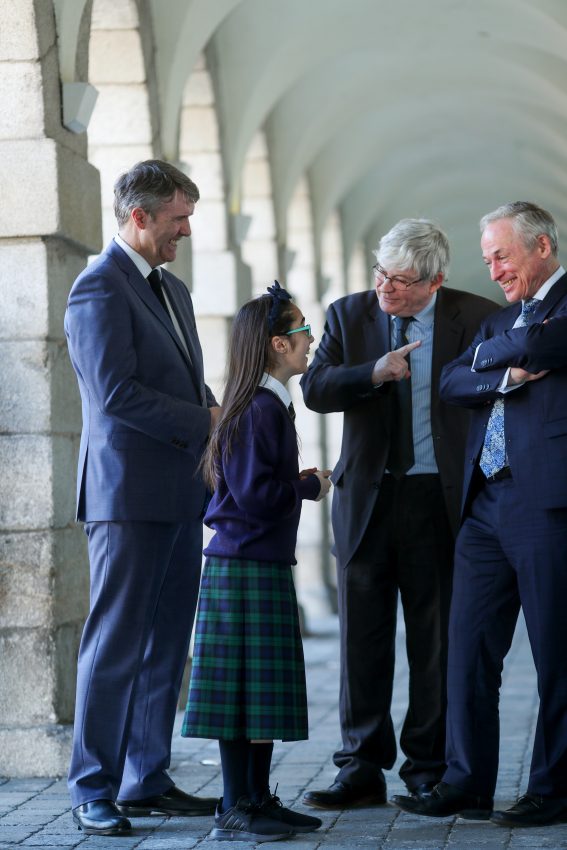 The Ombudsman for Children’s Office (OCO) teamed up with A Playful City and some of Ireland’s leading artists to produce striking street art based on children’s rights which, during the month of December 2017 was on display at various locations around Dublin.

The OCO and A Playful City came together to highlight children’s rights through street art and specifically to raise awareness of the right to play, the right to express yourself and the right to develop your talents.

Play in all forms is intrinsic to the development of every child in today’s world. No matter their socio-economic and environmental conditions, children must be afforded the opportunity to express themselves and learn through this medium. The realm of play is not just a superficial activity, but has important health and well-being benefits. Therefore, it must be championed at all levels within our society.

Throughout the year we undertook creative and innovative collaborations and partnerships to highlight the UNCRC and raise awareness of childrens rights. 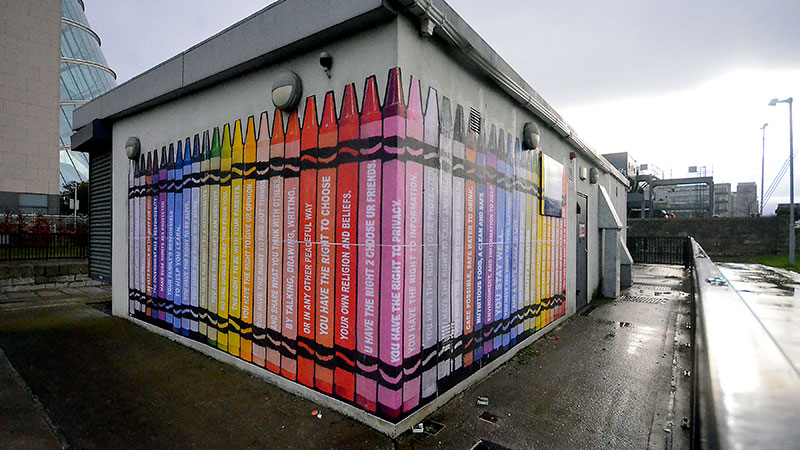 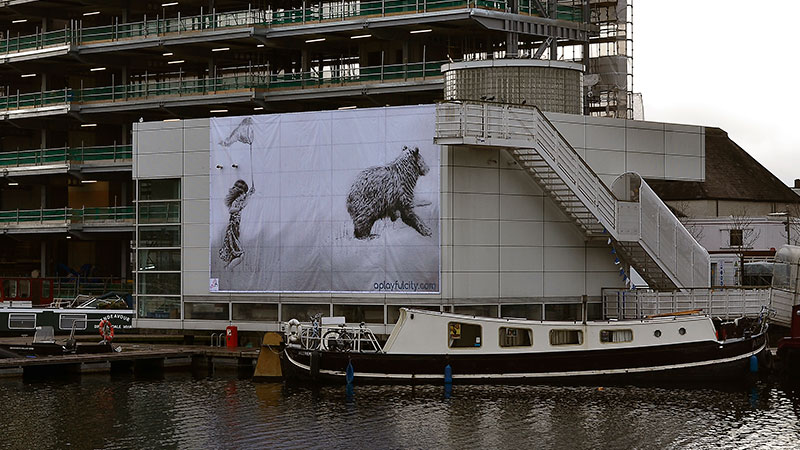 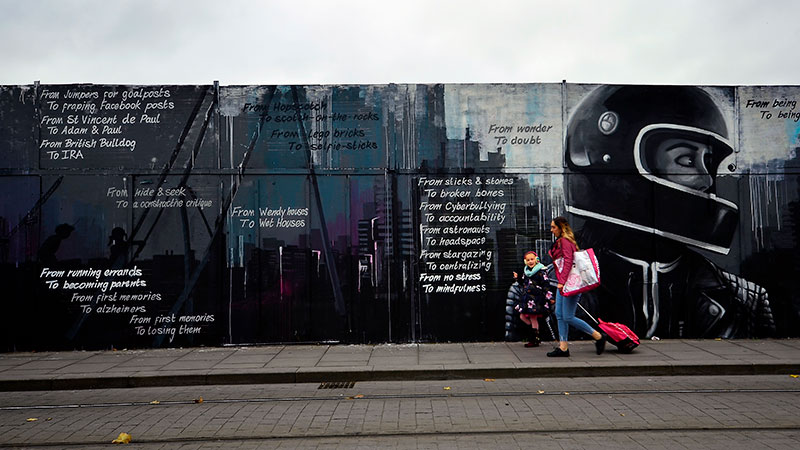 The 2018 Hothouse filmmakers were invited to respond to the UN Convention on the rights of the child to create new short films which reflect their voices and views on children's rights and their 'rights in reality'. The filmmaking process started in November 2017 with a rights awareness workshop at the OCO and a masterclass in RTE on script development and production.

The final 7 short films are self-directed and financed by the young filmmakers who range in age from 15-19 years. The films explore a wide variety of rights including identity, education, living with your parents and the right to be alive and explore issues such as physical and emotional abuse, discipline and bullying in school. A number of the films highlight rights children may have but are unaware of the effect of an absence of certain rights - all the films challenge our understanding of rights as universal and interlinked.

Thanks and Congratulations to Oisin McKeogh, Aaron Maloney, Katie McKenna, Reuben Harvey, Fearghal Mahoney, Pippa Molony and Elizabeth Scanlan for rising to the challenge we set and for expressing your views and responses to rights and giving a voice to your generation. We wish them all the best in their future careers and are delighted to have the opportunity to collaborate with them on the Hothouse programme.

We are delighted to share Reuben Harvey's short film "The Damned Youth" - as the only comedy in Hothouse 2018, Reuben describes it as 'Two idiots learning about children's rights in an unusual confrontation with an ominous voice in the sky'. Check back here to enjoy more Hothouse 2018 films over the coming months...
(the following film contains some mild language which may not be suitable for younger audiences)

The OCO and Fighting Words invited 25 young writers from around Ireland to respond to the UNCRC and their work was published in a special 25th Anniversary supplement on Universal Children’s Day 20.11.2017.

In the introduction, Shane Hegarty described how each writer spins off from their particular article and highlights the variety of backgrounds and experiences they bring to a 'refreshing and varied collection of short stories, poems and scripts'.  There is 'comedy and sadness, fear and optimism and twists and turns but always freedom of spirit and self-expression’.

The OCO was delighted to collaborate with Fighting Words which is an organisation committed to providing free tutoring in creative writing and arts to children and young adults. We hope the works inspire writing and many rights conversations among young people. You can read the stories here.