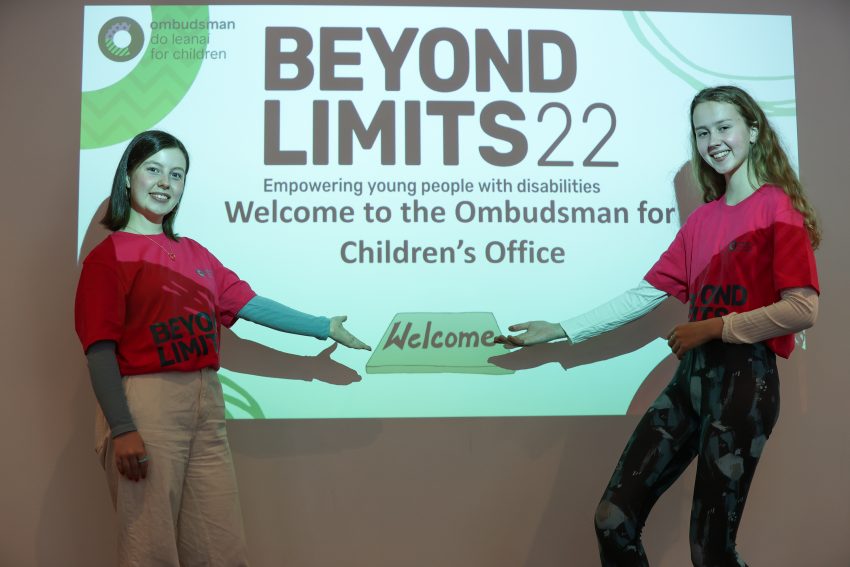 This article was written by Eva Grace, who is a member of our Beyond Limits Youth Advisory Panel. Eva is also the Irish Second-Level Students’ Union’s Disability Officer and an activist from County Meath. As Disability Officer, Eva represents second-level students in Ireland that have a disability and advocates for them to make school a better and more equal place for students with disabilities.

Disabilities are conditions that affect a person’s movements, senses or abilities. Basically, this means that people with disabilities may have trouble doing some things that other people would find easy. Disabilities affect people in every aspect of their lives, including school, work and sport, and some disabilities make life a lot more difficult.

In the 2016 census, there were 643,131 people in Ireland registered with a disability. Disabilities can be visible or hidden. Neither one is more important than the other, but sometimes people with hidden disabilities do not receive the same amount of support.

The UN Convention on the Rights of a Child has a whole section on children with disabilities and their rights! Some of these include the right to a full life and the right to special care. In Ireland, The Equal Status Act protects its citizens from all types of discrimination, including discrimination based on disabilities.